– the architects and idea makers behind BioInnovation Institute 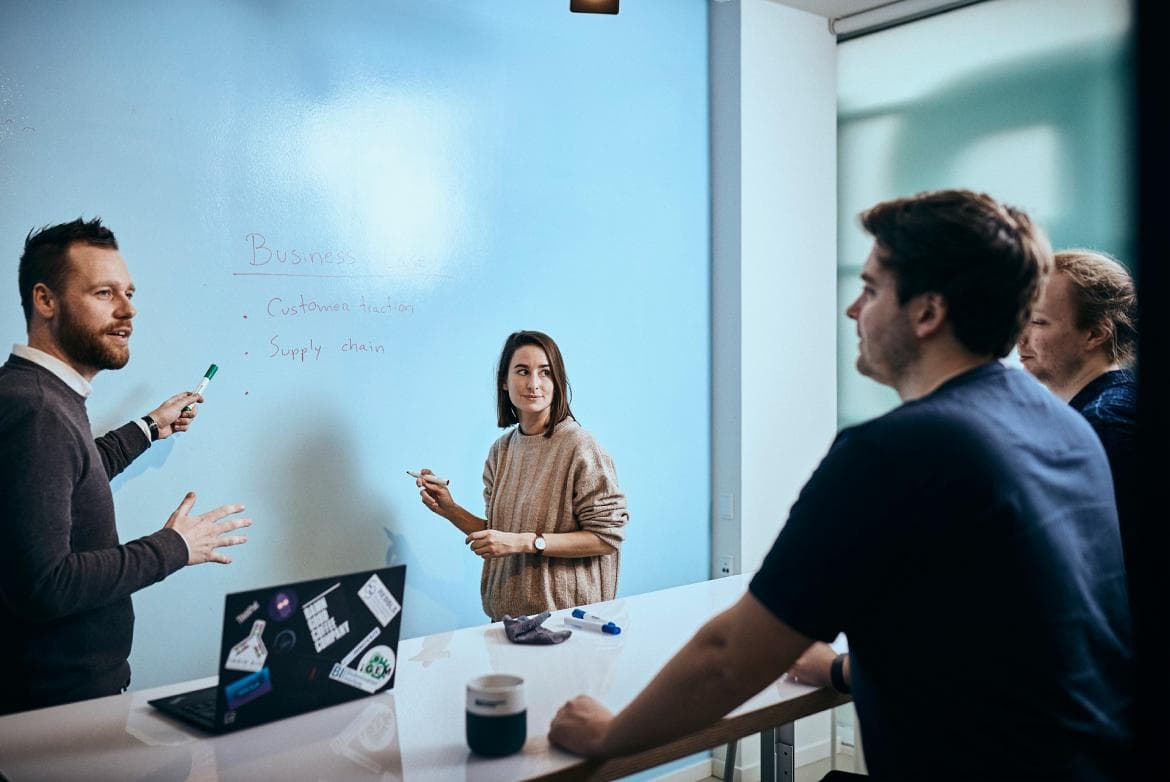 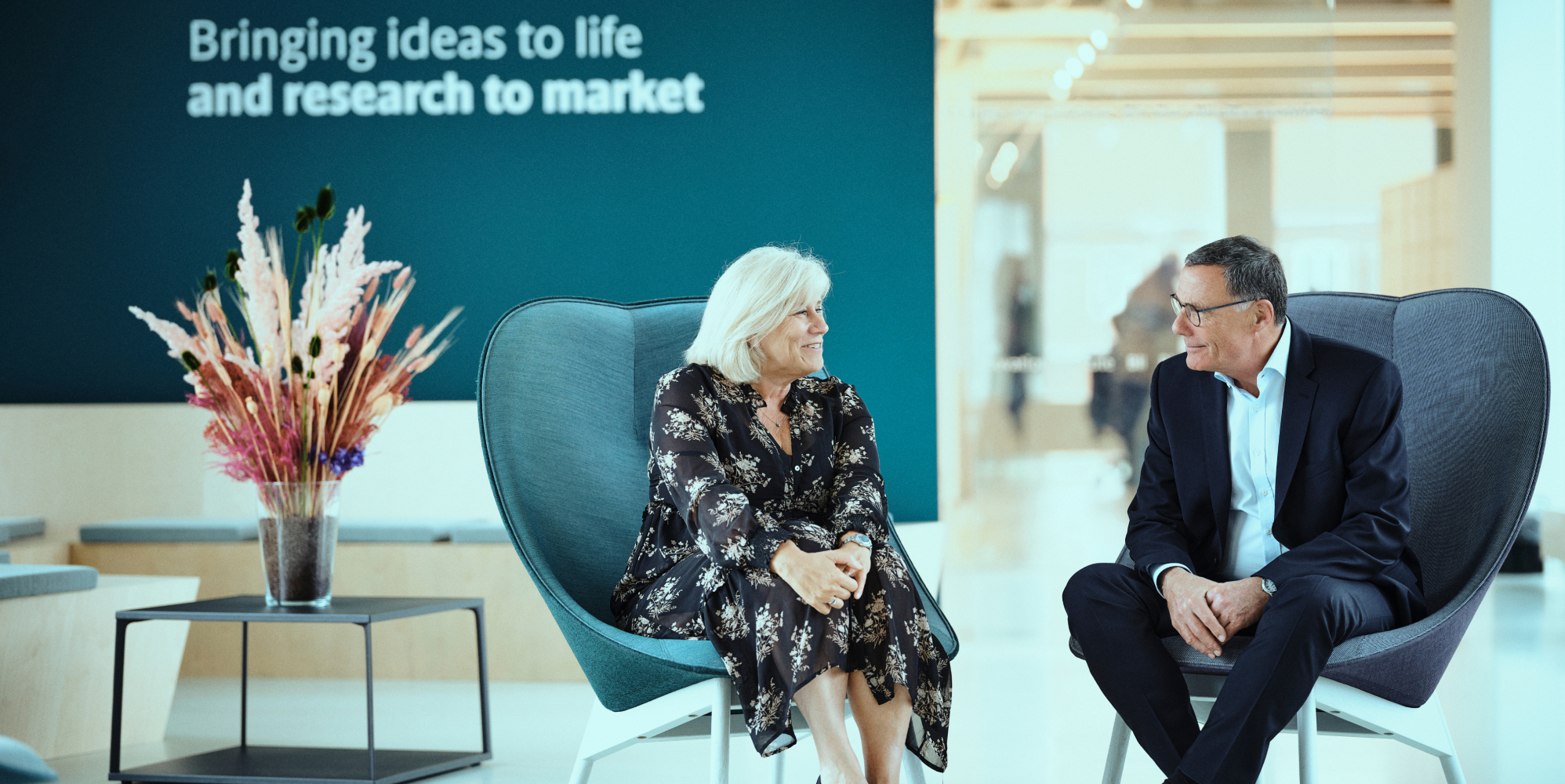 “There has always been plenty of ideas. What was missing was the right environment.”

In 2013, the Novo Nordisk Foundation, led by current CEO, Birgitte Nauntofte, and the Chairman at the time, Sten Scheibye, agreed to pursue a strategy that would build bridges from scientific discoveries to marketable solutions.

For many years, the Novo Nordisk Foundation had contributed with large sums to basic and clinical research in Denmark and the Nordics. Since 2007, it had awarded PreSeed grants to investigate the commercial potential of promising research findings. At the other end of the life science innovation chain, the Novo Nordisk Foundation’s wholly-owned investment company Novo Holdings A/S was identifying, building, and investing in start-ups in the Nordics through Novo Seeds.

Yet something was missing in the innovation chain, and that was what triggered Birgitte Nauntofte and Sten Scheibye’s idea of building bridges. At that time, none of them had imagined it would lead to the establishment of BioInnovation Institute, but here they are 7 years later in the middle of what once was just an ambition.

“I must admit that this has become much bigger and more ambitious than I thought it would be back then. I knew something had to be done, but I had not in my wildest imagination thought it would require an investment and initiative of this size,” says Sten Scheibye. 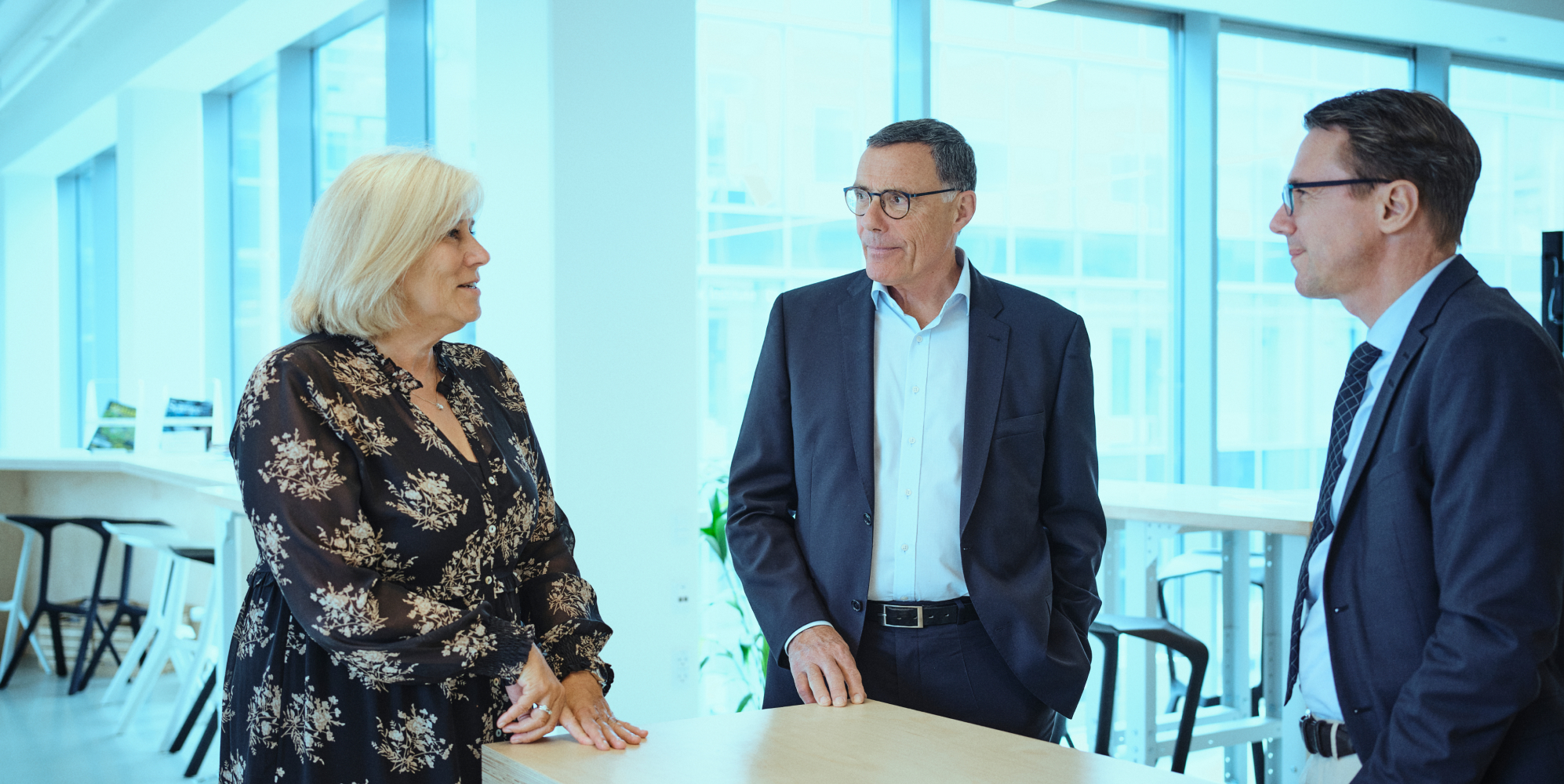 Inspirational trip to the US

As owners of both Novo Nordisk and Novozymes, translation of research has always been in the DNA of the Novo Nordisk Foundation, and from 2007, the foundation established several research centers within the Danish universities to foster research and innovation and bring new solutions forward.

The investment in the research centers and the recruitment of excellent scientists had impact. The universities got better rankings and made new discoveries, which resulted in high-quality publications, but only a few spin-out companies arose from the centers and from the many research projects that the foundation supported with grants. To catalyze a change that would result in the establishment of more new life science companies, the Novo Nordisk Foundation decided to prepare a large-scale early innovation project.

At the time, Sten Scheibye was not only Chair of the Novo Nordisk Foundation but also Chair of Novo Holdings, which allowed him to see the situation holistically.

“There was the notion that the missing link was only investment-ready capital. The truth was much more complex. We needed a dynamic and collaborative ecosystem, and both Novo Nordisk Foundation and Novo Holdings had taken various small steps to improve the situation, but more had to be done if we wanted to succeed,” says Sten Scheibye.

He and Birgitte Nauntofte knew that such environments were to be found in Boston and San Francisco amongst other places, so a small group from the Novo Nordisk Foundation traveled to the US and later on to Asia and to hubs in Europe to understand how these environments operate.

Until then, the Novo Nordisk Foundation had already supported more than 20 different initiatives through an array of instruments to help bring scientific discoveries on the translational path, but the experience from universities and innovation hubs around the world underlined that something of a much bigger dimension had to be set in place.

“There was a need for a completely new approach, including a physical environment to foster the cultural change that could lead to more entrepreneurship in life science. An initiative that could stand on its own with support not only from the Novo Nordisk Foundation but also from other sides, and with that in mind, we continued the dialogue with the Danish ecosystem,” says Birgitte Nauntofte.

A concern raised by stakeholders in this phase was whether there would be enough qualified projects in Denmark and Scandinavia to create an entrepreneurial environment, but Sten Scheibye was confident that would not be an issue.

“It has never been a concern to me, but the inspirational trip to the US made it clear that bringing scientific breakthroughs on a translational path requires experience that only a few people in Denmark have,” says Sten Scheibye. 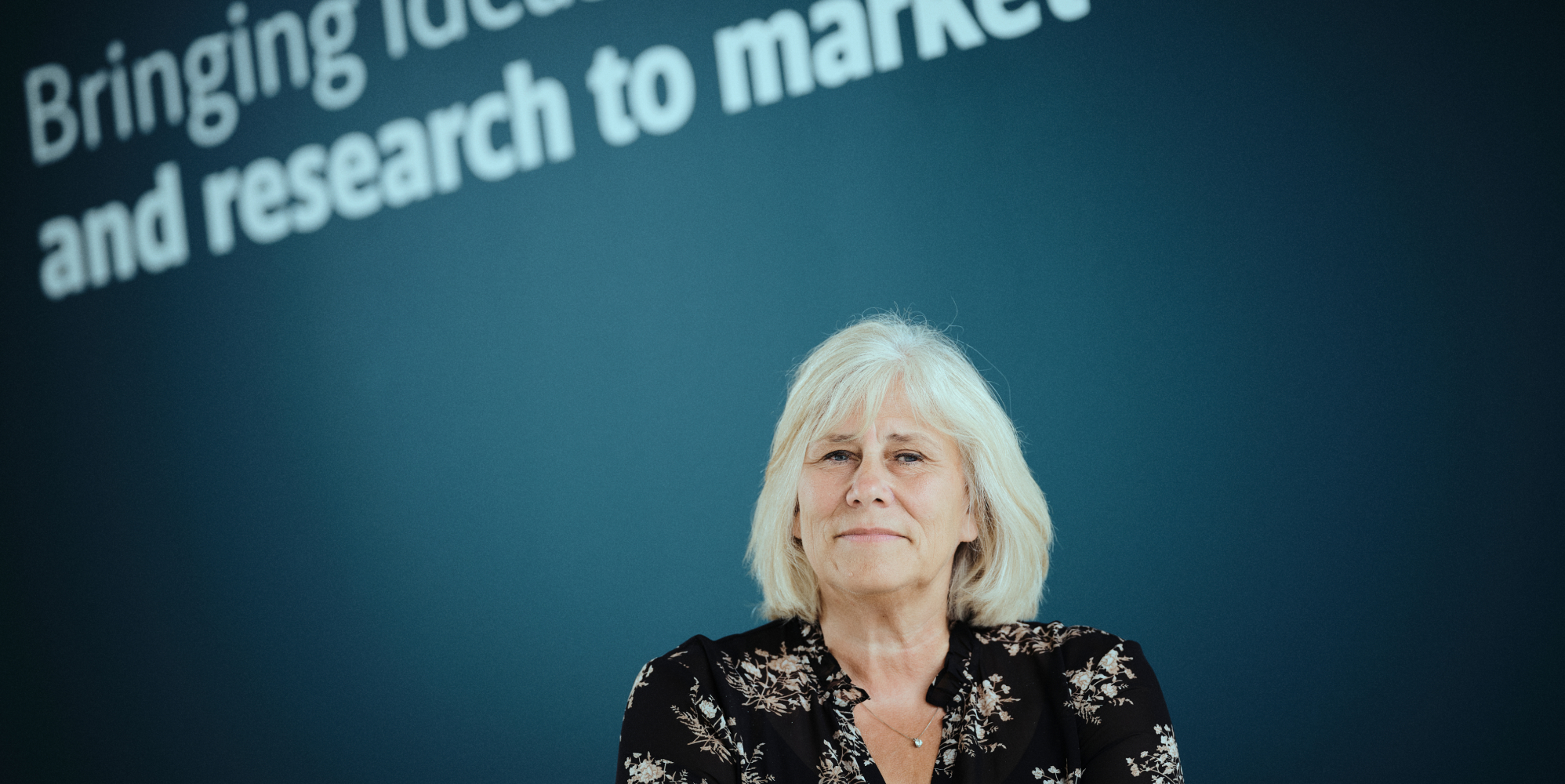 More than just an incubator

What was different from the current incubators in the US was that BioInnovation Institute encompassed much more. In addition to the incubator, the Novo Nordisk Foundation also wanted to build an ideation platform that innovations could arise from, inspired by the Chang Zuckerberg Initiative in San Francisco. A platform driven by top-level scientists focused on developing new solutions that, in their early stage, may not be an attractive case for investors despite a potential need for the solution by people and society.

“It has shown to be a wise decision to take one thing at a time, and it required courage and risk-taking from the Board of Directors to let a project of this size evolve organically,” says Birgitte Nauntofte, looking to Sten Scheibye in recognition. 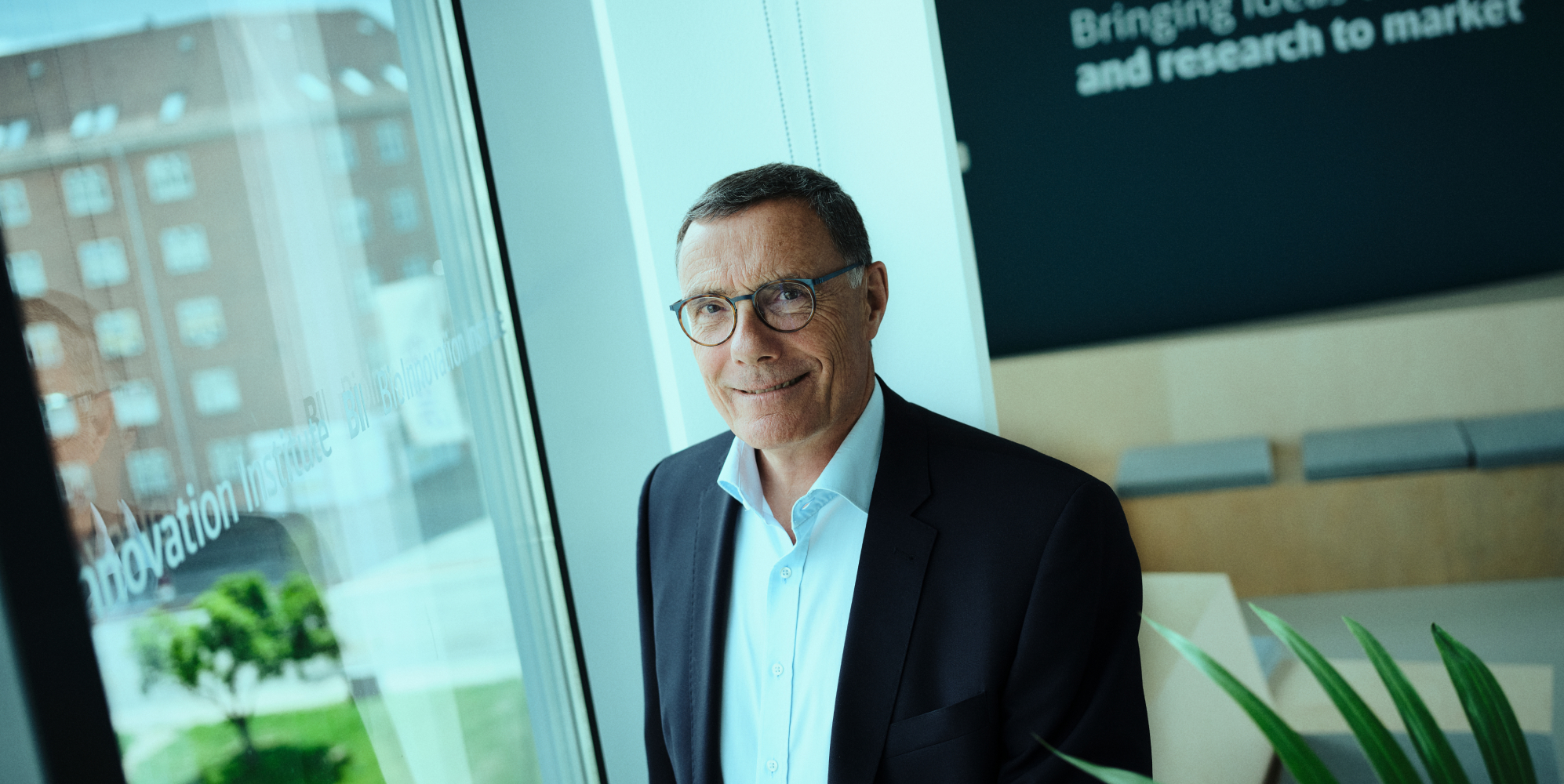 The three years of establishment throughout 2018-2020 has come to an end, and the next phase of scaling BioInnovation Institute has begun.

Birgitte Nauntofte and Sten Scheibye envision that BII, as an independent commercial foundation with charitable activities, will bring forward capacities and investments from all parts of the global life science ecosystem.

“The Novo Nordisk Foundation recognized a need and was willing to take the first important steps to establish the bridge between high-quality life science and impactful solutions that will benefit people and society not only in Denmark but in the world. We believe that BioInnovation Institute should continue down this path as an independent foundation with help and support not only from the Novo Nordisk Foundation but many others,” says Sten Scheibye, Birgitte Nauntofte adds:

“It truly is a joy to see how far we have come in just a few years. I believe the diversity in projects at BioInnovation Institute will continue to broaden in the years to come, and my hope is that other foundations, organizations, companies, and investors will help drive the development of BioInnovation Institute to the next level. No contribution or idea is too small, and we welcome any invitation to collaborate for the benefit of people and society.”

With continued positive development, the Novo Nordisk Foundation will look to finance the BII Foundation over 10-years with up to EUR 470M to support early-stage life science projects and start-ups for the benefit of people and society. 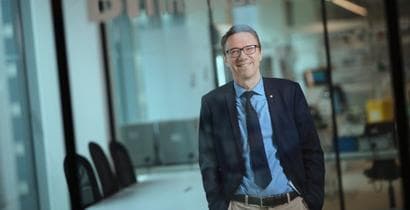 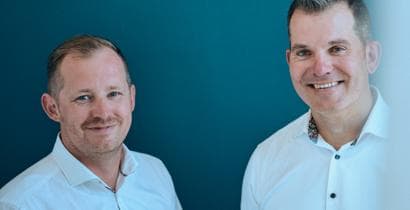 From Associate Professor to CSO with a series A investment